In the last few weeks before the 2010 presidential election, interim government security forces roamed repeatedly through opposition neighborhoods carting off hundreds of young supporters in an effort to reduce the outrage that would accompany the announcement of Conde’s “win.”  Most victims returned home with a host of injuries, including signature beatings with ridged billy clubs.

The article which appears further below is from guineeactu.info and has been translated into English via Google with editing by Guinea Oye.  The article details the determination of victims of state-supported violence in Guinea to obtain justice and end impunity.  If you wish to read it in French, click on this link:  Déclaration de l’Institut de recherche sur la démocratie et l’Etat de droit (IRDED)

In addition, the author of this article, Thierno Souleymane Balde, attorney for the victims, held a press conference in Conakry yesterday to talk about the initiative to demand justice for victims of Alpha Conde’s regime:  55 dead, 357 wounded, and 650 arrested.  There are videos of the press conference in which victims give their personal accounts. If interested in the videos of the press conference and accompanying article, primarily in French, please click:   “Des victimes du régime Alpha Condé réclament justice : 55 morts, 357 blessés, 650 arrêtéss of state violence.”

The goal of the Research Institute on Democracy and Rule of Law (IRDED) in the struggle for the establishment of democracy and the rule of law in the Republic of Guinea, is to promote and protect human rights through awareness, advocacy, legal assistance and advocacy to preserve peace and national unity. And, given the systematic refusal by the Guinean judicial authorities, without any reason beyond a lack of political will proved, to investigate the cases of massacres against innocent and peaceful citizens, particularly in Conakry and Zogota, especially cases of arbitrary arrests and  torture, the IRDED in its firm resolve to fight against impunity, has filed several complaints on behalf of victims against Guinea to commissions and committees of the United Nations for Human Rights in Geneva, Switzerland, December 19, 2013.

In a few weeks these complaints will be forwarded to the Guinean government to provide further explanation of the obvious desire to refuse to carry out the necessary investigations, identification and prosecution of the perpetrators of these killings, illegal arrests and torture of innocent citizens. IRDED will work closely with the Association of victims and relatives of victims of political violence in Guinea to ensure that the perpetrators are brought to justice and that whatever time it takes.

Should the perpetrators realize they will never have peace as long as they have not paid the price of their treason. Beyond these complaints, there are other remedies available in a number of other countries that have universal jurisdiction that we plan to use to obtain justice through for the victims and their families.

It is time for the Guinean authorities to take all necessary measures to stop the perpetrators and bring them to justice before Guinea is convicted of denial of justice by the UN authorities in charge of human rights and to and end this vicious cycle of impunity. Justice must act now at the risk of being discredited further in the eyes of the population and the international community.

It is intolerable and unacceptable for anyone concerned about respect for human rights and the maintenance of peace and national unity to see such acts go unpunished. We must not be content to denounce these practices, but also to help prevent their recurrence by ensuring that all perpetrators are arrested and brought before the competent courts.

We appeal to all men of good will, regardless of your religious affiliation, political, ethnic or social origin, to say no to these outrageous acts of a rule of law to prevent Guinea from becoming a country where injustice reigns as the absolute master.

To the Executive Board
Thierno Souleymane Balde me 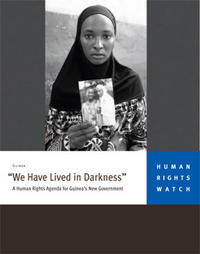 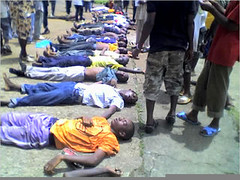 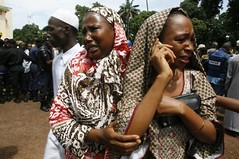 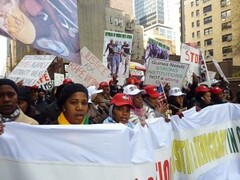 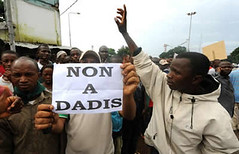 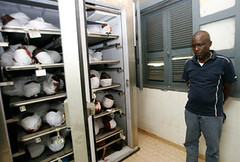